We’ve all been there, our morning alarm is telling us that it’s time to get up and you immediately think – It can’t be that time already, and your brain proceeds to think about all the things you would rather be doing. Personally, once I was up and out the door I would forget this feeling but slowly my thoughts grew negative for my job entirely. When asked about the reasons for resigning from my role – It was very difficult to give a clear picture as many factors went into the decision.

Lack of new things to learn

I was in this role for just over two years and I felt I had got to a point where I had learn’t the majority of the practices and processes. Learning keeps me motivated otherwise I start to feel the job is repetitive and I feel as though my brain goes into standby mode.

My role was related to logistics, if you have ever worked in this side of a business you will understand how stressful it can be. You are usually under very tight time constraints and when something goes wrong it then has an effect on other things. The most stressful thing about this was that alot of the time things were going wrong because of elements out of your control. There were many aspects of the job which were expected for you to manage all at once – but the workload of some tasks made it impossible to look after the other ones too.

Neglecting my own personal health

Over the past six month I have begun to realise how much I neglect my own personal health. I never drink the daily recommended amount of water – sometimes barely a cup throughout the work day. I also find it difficult to maintain a fitness routine as the nature of the business meant that I would never know what time I would be home.

I am a very hard working person and in every job I have had I go out of my way to do more than expected. In this role it got to the point where I got up a 5am and arrived home again around 7/8pm on a regular basis. I could never arrange plans for the evenings as I could never guarantee what time I would be home and when I did get home I was so tired and dreading of the thought of having to get up early again.

I believe that the addition of the all factors above eventually changed my attitude in relation to the nature of the business. There wasn’t really anything I could do or change differently, I would still face the same issues that were ultimately making me unhappy.

Once I was aware that I was consistently unhappy at work, because of factors that couldn’t be changed, I feel that this started to affect the little free time I did have. Life is far too short to be unhappy – cheesy but true! I had to believe that I was in control and that I could change the situation I was in – as I started to feel trapped. I took a very professional approach to resigning if you would like to know more about this – leave a comment below.
Yes I had a lot of reasons to leave, having thought it through so many times, I always came to the same conclusion that I would be making the right decision to pursue other opportunities. I joined the role from a graduate scheme of which I completed and was promoted to the next position. There were elements of the role that, from the beginning, I doubted as to whether they were for me but thought I would give it my best and push myself to turn my weaknesses into strengths. The training program was a massive learning curve and I have learnt so much about myself and improved my own confidence. When you leave university you don’t have many expectations in relation to the workplace, but I can definitely say that I have a clearer picture of what it is I am looking for.
I am so excited to see what is next in store for me and I am giving myself some time to work on my own projects – my blog being one of them!
Onwards to the next opportunity…
Tweet
Pin1
Share
1 Shares 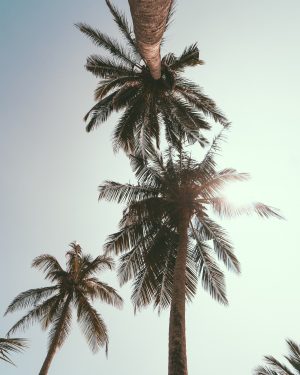 12 Powerful daily habits that will transform your life 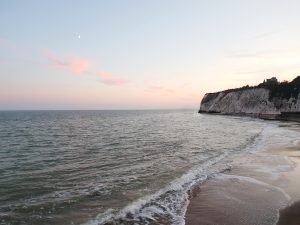 It’s okay to take a break