Day five, we woke up and headed off from Ocoee, on a couple of hours drive to Nashville! We were all pretty excited to see what Nashville was all about. It definitely did not disappoint, check out what we got up to.

Lunch stop at The Parthenon, Nashville

Most lunch breaks were at a gas station or in a simple park. So it was pretty cool when our leader stopped here. Located in Centennial Park, The Parthenon is a full scale replica of the original Parthenon in Athens.

When we arrived in Nashville we first went to the hostel. This was our first hostel on the trip, I had very low expectations but was actually very surprised. Our room wasn’t ready immediately so we went and explored Broadway. We had two rooms, one for boys & girls. All filled with bunk beds, a shower and separate toilet. We had lots of sink space which was great for when it came to getting ready to go out later that night.

We explored Nashville for a while until our room was ready later that afternoon. I really liked the atmosphere, there’s lots of live music, people out and about and things going on!

Our first stop that evening was food! We headed to Acme Feed & Seed as arranged by our tour leader. I am so glad we did, I really liked this place. If you are visiting Nashville I highly recommend getting food, or a couple of drinks there. Try the Frozen wine, it’s really sweet and doesn’t taste like alcohol!

We took our food up to the top floor – it was so good up here. There was a DJ and a view over Nashville. The sunset was absolutely gorgeous. This picture is one of my favourite from the trip.

After we had eaten we went back down to the first floor where there was some live music. If there is anywhere that you think is similar in the UK please let me know, I would love to check it out!

What I love about Trek America is that you are pushed outside of your comfort zone and can try things as a group, that you perhaps normally wouldn’t. Line dancing was that activity for me, but it turned out to be so much fun. The venue we visited was Wildhorse Saloon. We started with cocktails so that helped us to relax a bit. You gradually learn a routine, following someone who’s on stage. We then ran through the full thing several times, getting quicker and quicker. By the end we were all facing different directions and stepping on each other, safe to say we nailed it haha!

Night out in Nashville

After line dancing we headed out onto Broadway. We found ourselves at Kid Rocks Big Ass Honky Tonk & Steakhouse, which was the place in the video earlier in this post. There was live music there so we stayed there for a while and watched. Later we went back to Wildhorse Saloon where there was another session of line dancing. We didn’t get into this one as much though, we all learned the one earlier in the night.

Eventually we headed back to the hostel and a few of us all hung out in the guys room. We had fun chatting and ate some snacks. At one point Isaac managed to fall out of the bunk bed, we don’t know how he did it but it made us all laugh. 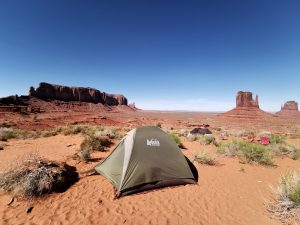 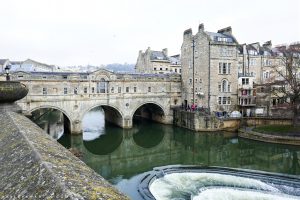 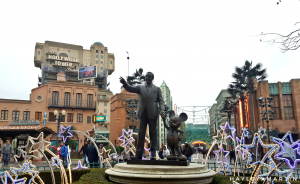