When choosing the Grand Trek Itinerary, Chicago was one of the highlights for me. It was so exciting to be headed there and it was a good thing we changed the trip slightly the day before to make this drive shorter, as it was meant to be a big drive day.

We arrived at our hostel (HI Chicago) and found that our rooms were not ready yet. Luckily there was a floor with sofas and toilets, so we all decided to wait there until we could get our keys. I used this as an opportunity to do my makeup before we went out. Also, the perfect time to get some laundry done! I started pre-drinking and quickly started to wonder if this was going to turn into another New Orleans night.

We all went out for Pizza at Giordano’s – of course when in Chicago you have to try deep-dish pizza. I unfortunately, didnt fully appreciate the experience as I was quite tipsy by this point, but I remember that it was good haha! ?

This first evening in Chicago was a bit strange, because we all wanted to go out, knowing it would be our last night out in a city altogether. However, the itinerary was planned so that we were going on a Bike Tour after dinner. Me and Rachel were actually wondering if we were too drunk to even do it. However, we powered on and it was fine! ?

Even though we did the Bike Tour in Washington (where I really didnt know what to expect), I imagined Chicago to be crazy busy like New York. However, it wasn’t like that, yes its busy but not like New York.

We were all having a good time on the Tour, however, our leader knew that we were eager to get out and have some drinks. We didnt cut the tour really short but I think he did speed up a bit. It was a great experience, our leader had lots of information to offer and we actually saw a lot of Chicago, I was amazed by this. If you are in Chicago, check out Bobby’s Bike Hire.

I really enjoyed our time in Chicago, its such a nice city and somehow retains a fairly laid back feel. The main things to see aren’t actually too far – I like it when you can walk everywhere, you end up seeing and experiencing more than you set out to.

After the bike tour, our leader had given us a list of different bars to check out. Some of the group had gone back to the hotel, so we were slowly going through the list of places and waiting for the others to catch up. It was kind of disappointing this night because it was getting later and we never found the kind of bar that we were looking for. The bar was too quite or expensive or another one we visited we couldn’t all get a seat. I also knew that I didnt really want to waste the next day feeling rough, so decided to head back to the hostel.

In the morning, everyone split off into different groups/pairs to go off and do different things. I had made myself a little plan to head out on my own, but thought I would message Jürn to see if he had any plans for the day. We decided to go out together and we both wanted to do the same things so knew we would see a lot of the city.

We wanted to go to Willis Tower, looking at google maps, it didnt seem too far and was a really nice walk along the river.

I really love having a day that still ticks off a lot of things to see and do, but at the same time doesn’t follow a strict time schedule. I like to just enjoy walking around and experiencing everything a place has to offer.

When you told them – ‘yes it’s just a short walk away, we’re almost there’……

The Willis Tower queue was really long and there were other things we wanted to do that day so we decided we would try again later. We got an Uber and went to Chicago Museum of Science & Industry. It is 20 minutes or so away from the city centre, but I’m really glad we decided to do this, it was a great day. There were a few options of interesting museums in Chicago, if I had more time I definitely would have checked out the others. This Museum had lots of interactive exhibits which makes it fun. There was a plane in the museum, we told the group that we were heading to Canada. ?

We made our way back to Millennium Park, got a picnic and decided to hang out for a bit. If you read my Los Angeles post you will know that Jürn is now my boyfriend, we still have a picnic when we are out and about or are travelling. It’s funny to think that this tradition started here and neither of us had any idea if we would even see each other again after the end of the trip.

Later on, we made contact with some of the others in our group, they also wanted to go to the Sky Tower. So we arranged to meet up for dinner and head over to the tower together. We had a few hours to kill so we walked over to the Pier, which turned out to be a little further than we expected. We had to walk back quickly to meet everyone.

I love the mix of styles of building in Chicago, there’s always something interesting around every corner.

We went back to the hostel to meet up with those who wanted to come for dinner and to the sky tower. I found a local restaurant on google maps (travel life saver), called Exchequer and it was pretty good. So much food, but I really enjoyed it. Meals in restaurants seemed so special after camping for so many days.

There was a queue for the tower, but we went up anyway. On our way in, they were trying to sell fast pass tickets, they seemed to really overestimate how long the normal queue would take because it was no where near as long as they said it would be.

I love all observation towers, I’m so glad we got to fit it into the day. I would have liked to come up earlier, but it was pretty cool at night because there are so many lights. You can wait to go on the ledge platform which is a glass box that you can take your picture in, however, we decided against it, we would have been waiting ages. Probably worth it in the day, but not sure how the picture would come out in there at night. 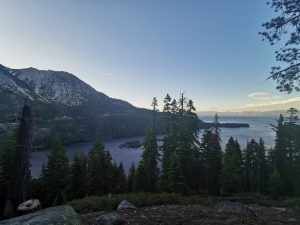 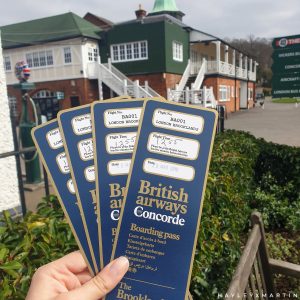 A Day At Brooklands Museum