Today marked the beginning of our second half of the trip – The Northern Trail. We had breakfast and waited to meet our new leader in the lobby at Fairfield Inn & Suites.

This whole day was really strange because half of our group had now finished the tour. However, it didn’t take too long to get talking to everyone. Our leader, Cat, did an introduction at the hotel and then we all set off

Before we left LA, we had very quick stops at Venice Beach and Santa Monica Pier. Just so that those who had just flown in had the opportunity to see these places whilst we were still in the area.

I now fully appreciate this GIF! Chipotle is so good. I didn’t really understand what it was before I went there. If you haven’t been before, it’s a Mexican grill in a subway format. A little intimidating when you are queuing not knowing what the hell to do but roll with it, it’s worth it.

Our main stop for the day was Santa Barbara. Our leader dropped us off and pointed us in the direction of things for us to do.

We all stuck together and first headed to Stearns Wharf. There was an awkward but funny moment when we all ended up stood in a circle at the end of the pier. Everyone just trying to start conversation. It’s funny to think back to the beginning, to how well you then get to know everyone in just a couple of weeks.

We had quite a bit of time before we were being picked up. So we went and had drinks in The Cruisery. This restaurant has a really cool industrial/bicycle theme.

We had a quick stop at Mission Santa Barbara. Founded in 1786, the current building was constructed in 1812, after an earthquake. The towers were considerably damaged in 1925 but were rebuilt by 1927. The inside of the church has not be significantly altered since 1820. It would be really interesting to have more time to explore inside and learn about the History of Santa Barbara.

If you want a 360 view of Santa Barbara, head up the Clock Tower of the county courthouse. This Spanish-Colonial architecture is beautiful, constructed in 1929, it is still a functioning courthouse today.

I felt really bad for everyone who had just joined the trip as we started with the campground that was the worst..in my opinion. The facilities were pretty standard, however, there was no WiFi (not a huge issue) but also, NO POWER. The next day I had to brave the natural hair haha – an issue for someone with curly hair 😀 This was the only site that had no power access. We also were attacked by mosquito’s (no fault of Oceano CG). Also, we had an issue with broken tents when we set up the first time. Cat (our leader) was really good with the situation. All of these circumstances just didn’t make for the best time, however, that’s travel for you, these things happen! Us on the Grand Trek knew the sites would get better (hello KOA).

No USA road trip is complete without dinner at a classic american diner. This was an odd experience but still pretty cool haha! This diner is located in Oceano, CA – very close to the campground.

It had become a thing over the past few weeks that if anyone fell asleep in the van. Someone would either take a picture of you or a selfie with you asleep. I was always paranoid so I had adapted my sleeping position so that you couldn’t take a picture of me. First day of the new trip and they caught me.

Next to me is Jürn. He is from Belgium and we got chatting about his travels up to this point. It’s so interesting to hear about other people’s trips, especially since he had been gone months and visited so many places.

Little did I know, we would get along really well on this trip. Two weeks after getting home I went to visit him in Belgium. He then came to England for a week in August and I am heading back to Belgium this weekend ❤️ 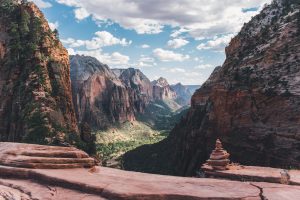 I’m Off To America For 6 Weeks! 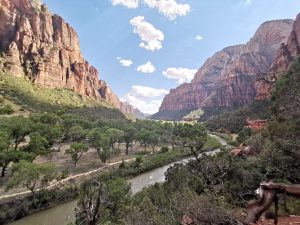 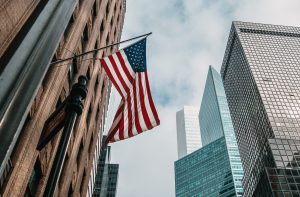