This was it, the last stop all together on ‘Southern Sun’. What a place to finish this half of the trip, Las Vegas! We would all say goodbye in Los Angeles but it was a quick drop off.

I visited Las Vegas before with my family when I was 15. We had gone to California for two weeks and drove out to Las Vegas for one day. We walked down the strip and went up the Stratosphere. I was excited to come back here, to see what I remembered or if it’s how I remembered and obviously, now over 21, I could actually gamble and drink alcohol – woohoo!

Anyone else just think of The Hangover movies when they see Caesars Palace?

I was apprehensive of how nice this hotel would be before arriving. Vegas can get pricey and low budget can be VERY low budget. Now being used to campsites and motels, I knew it wouldn’t be too bad. I can’t compare to other hotels on the strip but I actually thought this hotel was pretty decent. One of those things where, why pay more if you don’t have to? I always book hotels keeping in mind that I’m not really going to be there that much anyway.

Included in the trip was a Las Vegas Party Bus. On our journey earlier in the day we stopped at a liquor store ready for pre-drinks and the bus. This was a good idea as groups will have a mix of people above and below age 21. The party bus meant that everyone could do something all together. After the bus we split into different groups.

The bus drove around whilst we were drinking and dancing in the back. We stopped at the Las Vegas sign, The White Chapel and finally The Bellagio.

Everyone got off the bus and watched the Bellagio Fountain show. Afterwards, we all decided what we were going to do. Myself, Crystal & Isaac decided to go back to our hotel on the bus with our tour leader. From here, we headed to Fremont Street. We weren’t really that drunk so the three of us got an Uber to The Stratosphere.

It was around midnight and we were just in time to go up the tower. I love the view up here, it makes a very chaotic Las Vegas look peaceful!

We got an Uber back to our hotel and we ordered burgers from Sonic at 2am. These were so good! Everyone always talks about In-N-Out (which is good, don’t get me wrong), but this Sonic meal was amazing. Try it, you won’t be disappointed.

This was the most spontaneous part of the ‘Southern Sun’ trip. We had seen an advert when we first got into our hotel room on arrival in Las Vegas. Instantly, we thought, that’s cool we should do that…and booked it there and then!

We took an Uber out to Exotics Racing Las Vegas, got checked in and whilst waiting they said you can go out into the car park and take a look at all the cars. The best part was, they were all unlocked. I love cars, so I was pretty excited about this.

You can opt for a ride along or to drive yourself for a couple of laps. Being a completely spontaneous decision, I chose the ride along. We figured it was the cost effective option and you will really experience what the car can do having a driver take you around the track!

The Lamborghini Huracán has a 5.2L V10 engine, 580HP and a top speed of 198MPH. When I saw this on the list I instantly knew this was the car I wanted to do my ride along in. I never thought I would sit in a Lamborghini, let alone be driven around in one on a race track.

The ride along cost $99 per person, for two laps. In my opinion, this was well worth it. Us three had a great time and some of group said they wish they came with us too!

We got an Uber over to Paris Las Vegas – A central part of the strip that we could walk from. First things first, we were hungry!

Situated on the strip, we ate at Alexxa’s Bar which is part of Paris Las Vegas. This Pepperoni Pizza was delicious.

We spent the afternoon heading in and out of different hotels & casino’s and shopping malls. It was really nice to have this time just to really explore what Las Vegas has to offer. Each hotel is extravagant and each has a different theme.

Something I have wanted to do for years is go on the New York New York Rollercoaster. Isaac & Crystal came on too, although they weren’t too happy about it ↓  I think they loved it secretly haha!

We then head down to the Casino, I can see how people become addicted, this was pretty fun! The decoration inside of the New York New York hotel is really cool and worth checking out even if you aren’t into roller coasters.

I won big in Las Vegas, a life changing $7! All jokes aside, I was pretty excited about this. Heading over to the cashier all smug to cash out my huge winnings.

We left New York New York and walked down the strip, stopping at lots of shops – there is so much to see!

This was inside Cosmopolitan Hotel – I love the decoration in here, so pretty. This hotel and Aria have a very upmarket feel. Check out the shops at Crystals situated at The Aria hotel. Also, Caesars Palace has a beautiful shopping centre.

We continued our walk down the strip, visiting every hotel & casino on the way.

The picture above and below were taken at The Venetian (in case you didn’t guess), it’s crazy how much this place resembles Venice. I also want to visit Disneyland Tokyo – The Mediterranean Harbour looks insane!!

Eventually, we made our way back to our hotel, happy with how much we had managed to see throughout the day. We found a nice Italian restaurant in our hotel – Grotto Italian Ristorante. We had walked so much throughout the day, we were so hungry. This meal was perfect.

What are your favourite things to do in Las Vegas? 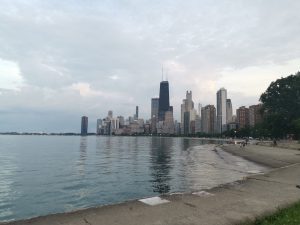 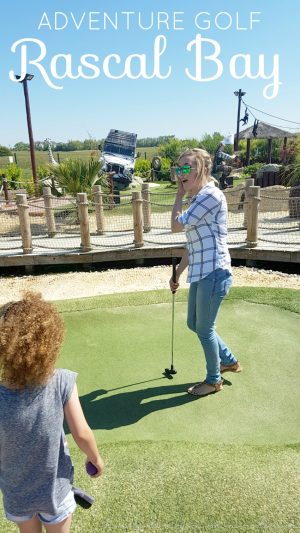 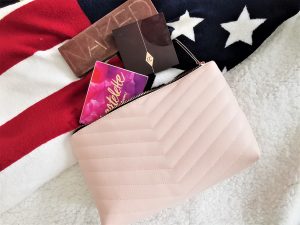