This is a guest post written by Jürn, my boyfriend. If you read my Trek America series you will know that we met last year whilst on a group tour in the USA. I live in the UK and he lives in Belgium, we were seeing each other every couple of weeks before the pandemic. We had last seen each other at the beginning of March and I thought we wouldn’t be able to see each other again until June/July, maybe even later. Then, on my birthday he managed to pull off the best surprise ever…

For the ones of you who are not familiar with my situation, last year I travelled around the world and during the last chapter of my trip in the United States, I met a girl named Hayley, who lives in the UK. We have been dating ever since and we made sure we were seeing each other, either in Belgium or in the UK, every two or three weeks. But then corona happened, the bastard. Two and a half months went by without seeing each other. It was hard. Calling each other instead of being together wasn’t fun before and it isn’t any more fun when you don’t know when the next time is that you’re going to see each other.

But after 74 days without my girl, I decided I couldn’t take it any longer. I had sent a package to Ramsgate 3 weeks before Hayley’s birthday, but despite them claiming it would arrive anywhere in between 4 and 12 days, it still didn’t get there. Right, great job guys. It’s needless to say I was disappointed, so on the morning of her birthday, I decided to start working out an alternative:

I was going to try and get to the UK.

You would think there’s a clear governmental policy on people visiting their partner abroad. Well, there isn’t. The Belgian government vaguely states that ‘People can visit their partner abroad if the partner’s country allows that’. The UK government website states that ‘people can only travel to the UK for essential travel’. After doing an hour’s research, it still wasn’t clear, so I decided to call the coronavirus information line. A girl on the other side told me with a doubtful voice that ‘it could work’, but it was clear to me that she didn’t entirely know what she was talking about. She instructed me to print a copy of both of our passports and signatures, with a statement that we were in a relationship. I asked if she could send me a template of such a document that I could fill in. She told me that didn’t exist.

After the call, my doubts were far from gone, but I realised I had two options:

a) Not try anything and cry myself to sleep every night, while eating ice cream and watching Tiger King for the seventeenth time

b) Leave with this not-very-legit-looking document and attempt to cross the French border, drive through France to the British border in Calais, cross the channel by ferry and then drive from Dover to Ramsgate

It was an easy decision. The same evening, I left for my roadtrip, armed with balloons and a party hat, ready to crash Hayley’s lockdown birthday, without telling her anything about it.

I started driving towards the French border, and the closer I got, the fewer cars I saw. By the time I passed Veurne, I was surrounded by lorries, without any other cars in sight.

Just before the border, I was led off the road to an exit, where a police car with two officers stopped me. I explained to them why I was trying to get to the UK. One of them said that it wasn’t essential travel according to the French government. See, they didn’t even entirely agree with each other, the measures are just that unclear. I told them it was her birthday and they kept discussing. A third officer came around, she asked me if I had my ferry ticket already, so I showed them my €192 ticket. After a couple more minutes, they finally got back to me and told me that ‘it isn’t allowed but today we will let you through’.

I struggled to start the car because I was shaking from stressing out all the time. I started the car and drove into France. My eyes were filling with tears. Despite all odds, this might actually work out.

While celebrating that I had crossed the French border, I almost forgot that my next obstacle was only 30 minutes away: Calais Port, with a French-British border control combo.

First up: French border control. I walked into the building — respecting social distancing measures — and gave the friendly Française my passport, while giving the same goddamn explanation for my travel the second time that day. She gave me a couple of questionable looks, and went into the office to discuss the situation with her colleague.

Minutes passed by and I could almost swim in the puddle of my own sweat (sorry for making you imagine that). Were they really going to deny me access to the UK, while I had paid for my ferry ticket already?

But all of a sudden, she gave me my passport back. Another step closer to surprising my girlfriend on her birthday. Next stop: English border control.

Border police: “Do you live in the UK?”

Me: “No, I’m visiting my girlfriend in Ramsgate, it’s her birthday.”

B: “To the UK government that’s no valid reason to enter the country.”

Me: “Yeah well I called the Belgian corona information service this morning and they ensured me I am allowed to visit the country because of my girlfriend living there.”

B: “Look, your government shouldn’t have advised you to get here, but I’m not going to stop you. Though, if the police see your Belgian license plate and they stop you, you’ll probably get a £350 because you’re not allowed to be in the UK during lockdown.”

I texted Hayley to ask around what time we would call that evening. Despite my package not arriving in time, I told her I had come up with an alternative to make her birthday at least a little special. She still had no idea I was planning to ring her doorbell later that evening.

The ferry was a bit late, so I sent another message to tell her I was working overtime and I would call her as soon as I could, probably in half an hour. Little did she know that in the meantime, I was driving from Dover to Ramsgate.

I got off the ferry, ready to take the final leap to make the thing that still seemed impossible this morning (seeing her before summer, let alone on her birthday), possible.

But there was another unexpected barrier. I suddenly got instructed to get off the road, into the border control building. They probably saw my Belgian license plate. Shit, border force. At that point, I couldn’t care less about a potential £350 fine for getting into the country, but I didn’t get all the way there to be put on the next ferry back to France. Could they possibly do that?

Another time, same explanation, same passport control, and a short sweep of my car looking for illegal substances. I was probably making myself look even more suspicious because I was so nervous. Please don’t ruin the birthday surprise guys.

But for the fourth time that day, I got lucky: they returned my passport and wished me a bon voyage.

It was my first time driving in the UK, so I chose the safest option: I stayed behind a Polish lorry (who seemed to have as little idea of how he had to drive as I did), but constantly on the watch for police cars. I have probably never been more paranoid in my life.

Hours of driving, multiple border checks, and a ferry crossing later, I arrived at my destination, and parked the car just out of Hayley’s street.

It felt like a century, but we were now only a couple of meters apart from each other, after not having seen each other for months. And she had no idea.

I opened WhatsApp and touched the video icon on my chat with Hayley.

H: “What are you doing outside?”

J: “Just going for a stroll”

She ran downstairs and opened the door.

Note: I just followed the Belgian government’s advice (they allow you to visit your partner if he/she lives abroad), but if you take offense at this story, please feel free to let me know how irresponsible I am. 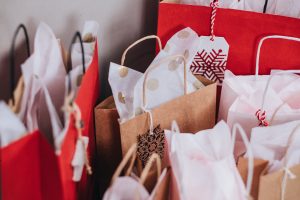